The Escape to Egypt:

13 When they had gone, an angel of the Lord appeared to Joseph in a dream. “Get up,” he said, “take the child and his mother and escape to Egypt. Stay there until I tell you, for Herod is going to search for the child to kill him.” 14 So he got up, took the child and his mother during the night and left for Egypt, 15 where he stayed until the death of Herod. And so was fulfilled what the Lord had said through the prophet: “Out of Egypt I called my son.” 16 When Herod realized that he had been outwitted by the Magi, he was furious, and he gave orders to kill all the boys in Bethlehem and its vicinity who were two years old and under, in accordance with the time he had learned from the Magi. 17 Then what was said through the prophet Jeremiah was fulfilled:

18 “A voice is heard in Ramah, weeping and great mourning. Rachel weeping for her children and refusing to be comforted, because they are no more.”

The Return to Nazareth:

Is it enough to know that God cries for the innocents of violence in the world?  How can we square the all-powerful God with the crying God?  The power of God means that God is big enough to take in the world’s pain, onto himself, and be moved to do something about it.

“In the Gospel reading, we see what it is that Jesus really cries about.”
Photo courtesy of http://theresurgence.com/

The pain that God felt over sin in the world is what led God to become a man in Christ Jesus, to live among us, to die among us, in order to heal and forgive us, to break down the dividing wall, so that God can be one with us.  This is what we celebrate every Christmas and indeed everyday through an act of repentance. Repentance is Christmas, for it enables us to experience the birth of Christ in our hearts at any moment.

As renewed children of God, we have to live in a world dictated by the mighty and powerful like Herod until such time that God decides to end it.  The joy and beauty of Christmas devolves to this ugly story of Herod’s killing of the innocent boys in his pursuit of Jesus, his perceived competition.  It is not beyond the pale to see Herod killing young babies in Bethlehem.  He killed his own sons because of suspicion over their political alliances with their Hasmonean relatives.  He killed his Hasmonean wife.  He was religiously repressive. From the perspective of the pious, he did horrible things that offended the practice of their faith.  They knew that he came to power because of Roman money and power.  He was a usurper.  He was not Jewish.  He was a pretender on the Jewish throne; his presence there was assured by the Romans.

There is something in us that when we harken back to the past, we tend to idealize it.  We forget the painful experiences; they get softened.  Lest we forget how ugly these times were, Matthew relates to the church this story of the slaughter of the innocents.  Jesus was born into a dark and ugly world.  This is the stuff that God cries about.

In light of real suffering and pain in the world, debates over whether to say “Merry Christmas” or “Happy Holidays” fade into the background of a rich society that has the luxury to navel gaze.  We should not allow ourselves to get sucked into such minutiae.  When we are pulled into that debate, let us think of the Christians who are being slaughtered in the Sudan.  Let us think of the Christians who are persecuted for their faith because of the present-day Herods.  We should not expend energy over such debates when there are souls that are shrouded in darkness and in need of the liberating Gospel with which we have been entrusted. 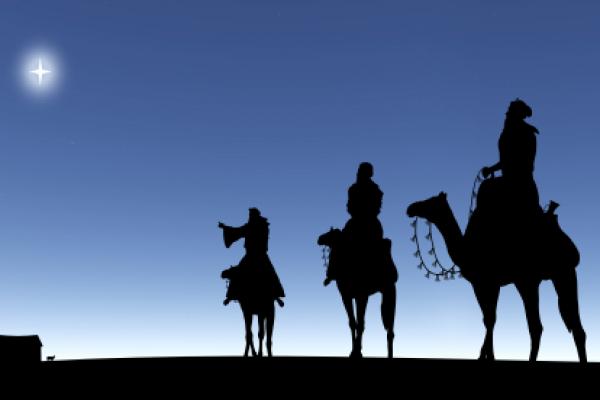 “…we should not let Christmas overshadow the continuing presence of our Lord, the epiphany of our Lord. “
Photo courtesy of http://www.timeanddate.com

Even in ancient history, Christmas did not become universally celebrated until the 5th century.  The church focused on the Epiphany of our Lord, the continuing presence of our Lord in his Word and Sacrament to heal and forgive, to give light to those sitting in this dark world.  It is indeed proper to celebrate Christmas.  But, we should not let Christmas overshadow the continuing presence of our Lord, the epiphany of our Lord.  In fact, in the Church Year, Easter is the preeminent festival.  Yet, Easter, Pentecost and Christmas need each other to round out for us the history of our Lord.  We have put so much emphasis on Christmas that Pentecost has gotten short shrift.

This morning’s gospel lifts the veil and causes us to face reality: the reality that we live in a world where the innocents get slaughtered and where evil seems to prosper.

“Things are not always what they seem.”  God controls the world.  God is on the throne and it is still God’s universe. Martin Luther King said it best at the height of the Civil Rights Movement: the universe is a moral arch that bends toward justice.  That seems imperceptible to us.  Yet, as we look back over time, God’s way of justice always wins out.   There is no church founded on Herod.  The church roams freely in the city of the Caesars where Christians were fed to the lions.  Every Good Friday, the Coliseum, where Christians were summarily killed, is a place of prayer and meditation on the passion and death of our Lord.  Herod and the Caesars’ way of violence has proven to beget more violence and we see the clear evidence of that.  Jesus’ way of nonviolence and love continue to be the force that lifts oppressed peoples to change their destiny.

Truth be told, we do not know when Jesus came into the world through the Virgin Mary.  The designation for time B.C. and A.D. imply that he was born in year one.  Most think that year one of our era was the year in which Jesus was born.  And, everything that happened before year one is designated B.C., “Before Christ.”  Everything that occurred subsequent to year one is designated A.D., the abbreviation for the Latin phrase Anno Domini, “In the Year of the Lord.”  Jesus could not have been born in year one, because Herod died in 4 B.C.  He died a horrible death.  He desperately sought healing at the healing springs of Callirhoe in the Judean desert.  He did not find healing like Naaman in Elisha’s day.  That means Jesus had to have been born before the death of Herod in 4 B.C.  That would put the birth of Jesus between 6 and 4 B.C.

B.C. or A.D.?  It does not make a difference when the Son of God took on flesh and lived among us.  The reality is that he came and did so.  He was born into this dark world through the Virgin Mary.  He lived, died, and was raised among us.  He is seated at the right hand of God the Father.  Jesus in on the throne and the universe is bending in his direction, that God may all in all.  He fills all time and space, so that those who

” He was born into this dark world through the Virgin Mary. He lived, died, and was raised among us.”
Photo courtesy of sammylopez.wordpress.com

believe in him might have eternal life: from righteous Enoch, Abraham and Moses to you and me.  It is indeed right and salutary to set aside a day to celebrate his birth.  Christmas is most appropriate.  Some say that the celebration of Christmas at this time is pagan.  Indeed the Romans celebrated Saturnalia during this time of the year.  For those who worship the sun, this is a meaningful time of the year.  Just as the Coliseum is a place of prayer, so Christ has taken over other aspects of the culture and now determines it, filling it with new meaning.  Jesus is Lord!  The poor one from Nazareth has outlasted the riches of Herod and the Caesars.  God has always worked this way.  He chose a nobody people with whom to establish covenant  and use their historical experiences as the setting for the birth of the Christ Child.  God did not choose the Egyptians through whom to reveal himself. There were other nations that were far in advance of the lowly, Hebrew slaves.  Yet, God chose them because they were nothing.

God chose a fumbling Jacob to be the Father of Israel.  Esau was a better choice according to the ways of the world.  Esau was strong and virile.  Esau was Isaac’s choice.  But, he was not God’s choice.  “Things are not always what they seem to be.”  Finally, God chose a simple, Jewish girl of 12 to 16 years old.  She was a nobody.  Yet, ever since her act of faithfulness, all nations have called her blessed.  It is appropriate to pray in the Coliseum where Christians were martyred, because they were proven right: Jesus is Lord!  It is right and appropriate to worship atop Vatican hill, where Nero had his circuses and killed thousands of Christians for sport, including Peter and Paul.  Jesus has outpaced Nero’s evil.  Nero meant his persecution for evil.  God turned it into the good.  By the same token, it is good and appropriate to celebrate the birth of our Lord at this time of the year because the book of Revelation has been proven right: “Jesus is Lord!”  Jesus is Lord, not Herod, not Augustus Caesar, but Jesus, born of Nazareth.  What good can come from Nazareth?  “Things are not what they always seem.” 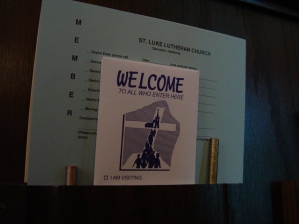 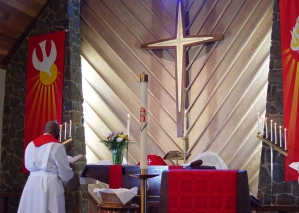 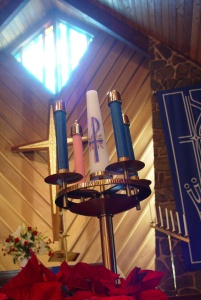 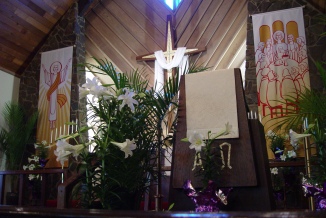 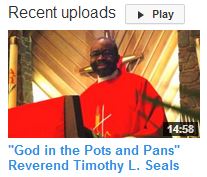